Nothing surprises me anymore when it comes to the corrosive influence of money on our public policy. I'm not just talking about the shenanigans inside the beltway of our nation's capitol-that Congress is for sale to the highest bidder has unfortunately become a practically accepted tenet of the American belief system.

So accepted is it that the astounding arrogance and venality being revealed by the current Tom Delay and Jack Abramoff scandals in the District of Columbia scarcely produce raised eyebrows, let alone outrage.

But I'm not just talking about that.Nor am I talking only about the way that moneyed interests are able to sway local government toward policies that benefit those interests; hey, we apparently prefer a system in which local elections go to the highest bidder and business-as-usual involves twisting contractors' arms to secure campaign contributions.

Instead, today I'd like to zero-in on the pressure applied to our third level of representative government, the carryings-on that occur in the halls of State Government ... in all its branches.

And from among at least a dozen recent, painful examples of how big business manages to protect itself from such wet-blanket considerations as the good of the public, I'd like to select one as a representative: the continued approval of the reliance by processed food and beverage manufacturers on the chemical aspartame.

As an artificial sweetener, one now being added to some 6,000 products, it is difficult for most Americans to not consume aspartame daily. Its safety (and clearing up any doubts about that safety) would seem to be of critical importance to millions of us. But any discussion of this topic has been postponed in New Mexico indefinitely-through influence exerted by representatives hired by the Japanese manufacturer of aspartame, the Ajinomoto Corporation.

Those well-connected hired hands managed, in December, to frighten the State Environmental Improvement Board (EIB) into backing off of the public hearings into aspartame's safety that they had originally agreed to conduct this coming summer. They managed this delay by challenging the authority of the State of New Mexico to review anything already approved by the Federal Food and Drug Administration (FDA) and by threatening to sue the state if we tried to do so.

Then those same hired hands resurfaced (augmented by the addition to their team roster of Butch Maki, a close confidant of Gov. Bill Richardson) in time to quash all attempts to discuss the matter during the just-concluded State Legislature.

There was one hearing on the subject and it drew significant numbers of the industry lobbyists, all of whom asserted the same party line: The substance is perfectly safe; the Federal Government has looked at it carefully and who the heck is New Mexico, anyway, to raise any questions about it?

The committee succumbed, and turned down the measure to ban aspartame 7-2.

That half-hour hearing was the total discussion of the matter this year in the public arena in New Mexico, unless the EIB board changes its mind and decides to call Ajinomoto's bluff by going ahead and holding a hearing.

The incredible spectacle of corporate hirelings exerting this kind of influence is, to our great shame, all too common in our state. The Legislature has resisted reforming campaign finance laws to inject some real muscle, which leaves the door wide open to the corporate powers to throw money around strategically, buying whatever access they need or blocking their opposition's access to the policymakers.

But no one should be surprised that Ajinomoto would rely on muscle to protect its profits from aspartame. The entire history of this product's approval by the FDA is rife with muscle flexing ... and very little in the way of science. Originally, it was a patent of the Searle Pharmaceutical Company. And beginning in the late '60s, the FDA repeatedly turned down Searle's submissions for approval, the results of its testings leaving serious doubts in the minds of FDA scientists.

All of that changed in 1981 when Ronald Reagan took the presidency. He listened to the then head of Searle, Donald Rumsfeld, (yes, that Donald Rumsfeld) who bypassed the scientists and went straight to the new Reagan appointee at FDA. Within weeks, the scientists were overruled and aspartame was approved. Several FDA scientists resigned in protest. They even alleged that Searle had fabricated results in the testing submitted.

Twenty-five years later, the evidence is mounting that our growing incidence of brain tumors, organ cancers and neurological diseases has followed the introduction of so many artificially created additives and chemicals in our food. It's only a matter of time until even Ajinomoto's money won't be able to block the unavoidable link between these unnecessary products and our decline in health.

When that happens, as it finally did to tobacco and lead and other heavy metals found in gasoline, we will act. The sad thing is that thousands of deaths and ruined lives will occur between now and then.

One of the cruel ironies to aspartame is that it was supposed to create sugar-free soft drinks for the benefit of diabetics. Since its introduction, the incidence of diabetes has soared. Some critics link the two. What is clear is that it ain't helping.

With all that money and muscle behind it, aspartame has evaded its comeuppance for another year. But the final reckoning can only be postponed, not avoided.

We request that you order FDA Commissioner nominee, Andrew Von Eschenbach M.D., to rescind the FDA approval for the artificial sweetener, Aspartame.  Its approval was forced through the FDA in 1981, and the USA has had 25 years to observe the incontrovertible medical effects from Aspartame, which derive from its being metabolized as methanol and formaldehyde, and two unessential amino acids, one of which, phenylalanine is neurotoxic lowering the seizure threshold and depleting serotonin and the other aspartic acid, an excitotoxin.  The molecule breaks down to a proven brain tumor causing agent, diketopiperazine. Aspartame is now found in 6000 USA food products and more than 500 medications.

There is a excellent precedent for this: the fact that Richard Nixon in 1969 ordered that the FDA rescind the approval for another proven carcinogenic artificial sweetener, Cyclamates. The incidence of neurodegenerative diseases in the USA like Multiple Sclerosis and Lou Gehrigs Disease have increased substantially since 1981. We think that given the evidence that has accrued thus far concerning Aspartame's harm, its effects as a teratogen, causing birth defects and chromosomal damage; its being the most complained about chemical on the market, according to FDA statistics (FDA stopped taking complaints on Aspartame in 1995); and because of our concern for protecting the health of Americans, as well as the health of the many nations which subsequently approved it for general use as a result of the US FDA approval, we ask that you order Aspartame rescinded by the FDA Commissioner nominee as soon as possible.

As you know, the Institute of Medicine has completed a recent report sharply critical of the FDA regarding the FDA's inability to ensure the safe and effective use of prescription drugs. Our concerns in this letter are not with drugs, but with the obvious need to overhaul the entire process of the FDA granting approval for food additives in general, which are often forced through the approval process based only on the strength of industry paid for studies. The USA needs independent objective source of truth in these processes.

You have a chance to do this as President, which is preferable to the United States Senate having to later make rescinding FDA approval for Aspartame and other deleterious and poisonous substances a condition upon which Dr. Von Eschenbach's nomination approval is contingent. Your concerns should not be with corporate objections and continued allegations that their products are safe. Many heads of state internationally will be grateful for your taking the correct action in this regard. 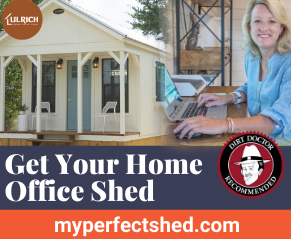