Dr. Ramon Seidler, a retired senior scientist from the US Environmental Protection Agency, has become a leading spokesperson against genetically modified foods and the increasing use of pesticides with GM crops. Dr. Seidler has published numerous papers on the subject of GMOs, arguing against them, rather than for them, as many other industry puppets do. He notes the effect genetically modified bacteria has on our soil as one reason why GMOs aren’t so great.

Dr. Seidler was part of the first team in the world to conduct an outdoor experiment involving different types of genetically engineered alfalfa inoculated with GE beneficial root bacteria. We discovered that the GE bacteria survived for years in the soil, even after the removal of the alfalfa plants. The doctor also found issues with transgenic DNA and Bt toxins, specifically because they were damaging to the ecosystems in which they were planted.

Dr. Seidler told The Organic and Non-GMO Report: “From the risk assessment, economic, and legal perspectives there are many issues. There is a mixture of unfilled promises, concerns over litigation resulting from cross pollination and seed comingling events, and a disappointment that crop management practices have had significant negative impacts upon environmental biosafety. All of these side effects are happening despite no yield or production advantages of GE crops over traditional crops. There are also major concerns over whether the increased use of pesticides on our food crops have impacts upon the human population.”

So, why is it a problem if GM bacteria stays in our soil?

GM crops literally suffocate the soil. Our soil is full of billions of tiny micro-organisms, and without them, the larger organism – the plant – cannot grow properly. Soil is a complex mixture of these micro-organisms, minerals, rock, fungi, organic matter, and bacteria. If you alter just one aspect of the soil, you alter everything that grows in it.

“. . . the function of mycorrhizal fungi that surround plant roots and aid plant uptake of nutrients, resist disease and tolerate drought. These are especially vulnerable to human impacts [including GMO].

Mycorrhizae establish a symbiotic relationship with the roots of most plants and then send out their filaments, called hyphae, up to 200 times farther into the soil than the roots they colonize.

These delicate organisms are known to be affected by pesticides and fertilizer and so it is little wonder that the toxins from GM Bt crops, produced from every cell of the plant, have a negative impact on the colonisation of the roots and surrounding soil.”

Furthermore, GM crops are taking important enzymes and minerals out of our soil. Glyphosate and other herbicides and pesticides act as chelators, ruining the healthful nature of organic soil. In fact, glyphosate was first patented as a mineral chelator, so why would Monsanto try to tell us it isn’t ruining the minerals in our soil?

Here is one reported example of how GM corn is nutritionally-inferior to non-GM corn:

This means that if the damage GM crops cause to our soil persists for years, possibly even decades, then our chances for growing healthful, robust food full of the nutrients we need is ever-declining.

Might it be time to grow a non-GMO garden of your own? This may be the only way to ensure that we continue to have healthy soil. It isn’t just about ruining GM crops anymore – the very soil is being damaged by the biotech industry made up of a handful of multinational corporations (Monsanto, Syngenta, Bayer, DuPont, etc.).

Right now, biotech is winning. They control $19,600 million in proprietary seeds. Private farmers have their own seed-saving techniques which account for $6,100 million of the food market, according to this report.

How many millions of acres of land have these companies ruined, though?

How many miles of farmland will be unusable until it is heavily remediated for decades after being planted with GM corn and soy for years? The damage can hardly be assessed as it stands. Likely, the trillions we will have to spend righting the wrongs of biotech will have these companies and their executives indebted to humankind for millennia.

Grassroots efforts could start restoring the soil, now, though, if we all acted together. You can watch how one gardener in Portland, Oregon, remineralized his soil to grow amazing, organic plants. He does it one garden bed at a time. If that’s what it takes to fight Monsanto, then so be it. It starts with us. 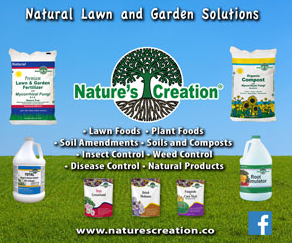