How Processed Foods Wreak Havoc on Your Health


It’s safe to say that most American consumers probably can’t recall the last time they ate a meal prepared entirely from wholesome, farm-to-table ingredients, without any canned or prepackaged products. That’s because most Americans today consume mostly processed foods - foods produced with pesticides, GMOs and synthetic chemicals, routinely laced with too much sugar, salt and unhealthy fats.

In fact, processed foods make up as much as 70 percent of people’s diets -  meaning only 30 percent of what they consume consists of wholesome, natural, or organic foods!

But here’s the truth about processed foods: Long-term consumption of these “food products” spell bad news for your health.

Processed vs. ultra-processed: What’s the difference?

The U.S. Food and Drug Administration (FDA) defines “processed food” as any raw agricultural commodity that has been subjected to processing methods, including canning, cooking, dehydration, freezing or milling. This means that the only time a food can be classified as “fresh” is when you’ve taken it straight from the source (washing it is okay, and would not be classified as a form of processing) and eaten it. By this definition, most foods would be considered processed.

However, in layman’s terms, processed foods can refer to sodas, potato chips, candy, baked pastries with extended shelf life–basically, “convenient,” easy-to-eat products that have been altered through the addition of artificial or ingredients, synthetic flavorings, fillers and chemical or genetically engineered additives. But this type of description actually refers to “ultra-processed food.” Researchers from the University of São Paulo and Tufts University define “ultra-processed” as:

Formulations of several ingredients which, besides salt, sugar, oils, and fats, include food substances not used in culinary preparations, in particular, flavors, colors, sweeteners, emulsifiers and other additives used to imitate sensorial qualities of unprocessed or minimally processed foods and their culinary preparations or to disguise undesirable qualities of the final product.

But most people use the term “processed food” and “ultra-processed food” interchangeably when talking about these consumer products. Conventional processed foods today come in a variety of forms. These include:

After more than 20 years of struggle by consumer activists and public interest groups such as the Organic Consumers Association, major food manufacturers are finally being forced to label GMO ingredients in processed foods sold in grocery stores. Because of this, many of them are starting to remove GMOs from their products, along with other artificial chemicals and additives.

The history of ‘processing’

Humans have been “processing” food through traditional methods for thousands of years. Egyptians have used salt for 4,000 years to extend the shelf life of food. In ancient sites in Italy, Russia and the Czech Republic, there was evidence that early humans pounded cattails and ferns into flour and mixed it with water to bake bread.

Other methods of food preservation, including fermentation, pickling and curing, have also been used for thousands of years, in different cultures. The food was used to help survive long winters and voyages, and also as rations when soldiers went to war. This led to the production of foods like beer, wine, cheeses, yogurt and butter.

The 19th century saw the rise of modern food processing methods. Canning and bottling began mainly to serve military needs, although the initial cans used were hazardous, as they were contaminated with lead.

Pasteurization, a method that prolongs the shelf life of dairy and wine to allow increased production and distribution, was discovered and patented by Louis Pasteur in the mid-1800s.

In the 20th century, the rising consumer society in the U.S. contributed to the growth of food processing. Advances such as freeze drying, spray drying and juice concentrates were developed. At the same time, coloring agents, preservatives and artificial sweeteners were introduced. Self-cooking meals, “TV dinners,” reconstituted fruits and juices and other “instant” foods like coffee and noodles became popular. These were mostly marketed to working wives and mothers who were tired of preparing foods from scratch.

To convince people that processed foods were as good, or even better, than wholesome foods, they were marketed as a means for people to save time and money–hence the term “convenience foods.”

But do the time and money you save by choosing these processed goods make up for the havoc that they wreak with your health?

Not what the human body needs, or wants

The human body is not designed to thrive on processed foods. And foods are not meant to be altered. The more altered they are, the worse they are for your health.

Processed foods are actually lacking in nutritional content compared to natural foods. For example, processed bread and other snacks use refined grains that have the bran and germ removed and, along with it, important nutrients like fiber, iron and B-vitamins.

Dehydrated foods not only have reduced amounts of vitamin C and fiber, but they also become more energy dense, which causes them to contribute to weight gain. When dehydrated foods are constituted and cooked with water, even more nutrients leach out.

Processed foods are also loaded with sugar, unhealthy fats and sodium, all of which your body is not designed to handle in high amounts, and all of which can endanger health. Particularly damaging are refined sugars, like high-fructose corn syrup (HFCS), which convert into fat in your body. This wreaks havoc on your insulin and leptin levels, and leads to chronic diseases like obesity, diabetes and cancer. Meanwhile, synthetic trans fats, in the form of partially hydrogenated vegetable oils, have been linked to heart disease.

And of course processed foods are routinely laced with hazardous genetically engineered and pesticide-drenched ingredients derived from GMO corn, soybeans, canola, sugar beets and cotton (cottonseed oil is common in low-grade vegetable oils). According to the Grocery Manufacturers of America, 80 percent of all (non-organic) supermarket processed foods contain GMOs. Only now are those ingredients being labeled, as food manufacturers are being forced to comply with Vermont’s GMO labeling law.

Close to 5,000 additives are now allowed to be used in food products. And this number keeps growing. If you factor in the additives found in the packaging (which can also leach into your food), that number of additives can rise to 10,000!

What’s worse, most of these food additives have not undergone any safety testing, and very few have been tested according to the way that they are ingested–meaning in combination with other additives. Some of these additives are downright dangerous. For example:

• Diacetyl and 2,3-pentanedione (PD), both of which are added to microwave popcorn to give it a buttery aroma, are linked to brain health, Alzheimer’s disease and respiratory toxicity.

• Monosodium glutamate (MSG), which is found in chips, processed meats and a wide array of other foods, is an excitotoxin that can lead to cell damage, triggering brain dysfunction and leading to learning disabilities, Lou Gehrig's disease, Parkinson's disease, Alzheimer's disease and more.

• Artificial food dyes like Red #40, Yellow 5, and Blue #2 are linked to brain tumors, hyperactivity, hypersensitivity and other behavioral effects in children.

• Preservatives like butylated hydroxyanisole (BHA) and butylated hydroxyl toluene (BHT) can mess with your brain’s neurological system, causing behavioral problems and even cancer. Another preservative, tertiary butylhydroquinone (TBHQ), is also deadly. In fact, just five grams can kill you, according to the FDA.

If you think you can simply shake off your processed food cravings, you’re wrong. These foods are intentionally addictive. They stimulate dopamine, a “feel-good” neurotransmitter that affects your brain similarly to how drugs affect you. Manufacturers are fully aware of this, and actually engineer their products to produce this “delicious” yet dangerous effect. (Michael Moss details this in his book, “Salt, Sugar, Fat: How the Food Giants Hooked Us.”)

Sadly, many people still consume GMO and pesticide-tainted, highly processed foods because of their affordability, convenience and “delicious” flavor. But what you save in terms of money and convenience will ultimately put a double whammy on your health.

Instead, go for a diet composed mostly of wholesome foods, like organic fruits and vegetables, grass-fed and pasture-raised meat and raw (unpasteurized and unhomogenized) dairy, and healthy saturated fats like coconuts, coconut oil, avocados and raw nuts. For your beverage, choose pure water and fresh green juice instead of processed fruit juices, soda and energy drinks.

In addition, make sure to cook these wholesome foods in your home, so you can be sure that nothing harmful goes into your meals. Cooking at home will also help you avoid dining at fast foods and restaurants (which also use processed ingredients). Encouraging your whole family to sit down and have a hearty meal together not only cultivates good health, it cultivates good relationships. 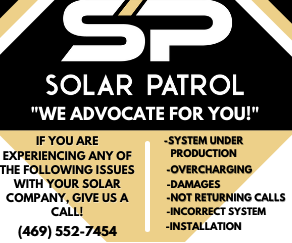