Hydroponically grown vegetables and berries are increasing in popularity. But is hydroponics a healthy, sustainable — and organic — way to grow food? Section 7 CFR 205.2051,2 of the U.S. Department of Agriculture's (USDA) organic regulations require that your crop rotation plan maintains or improves soil organic matter. Since hydroponics does not involve the use of soil, it does not qualify for organic certification.

Despite such clear-cut distinctions in the law, the Organic Trade Association and the hydroponic lobby, led by the Coalition for Sustainable Organics, are pushing to rewrite organic rules to include hydroponics. They're also seeking to reform the National Organic Program (NOP), reduce the influence of the National Organic Standards Board (NOSB) and alter the composition of the NOSB to "improve trade representation."

Don't be fooled by the name. The Coalition for Sustainable Organics worked against the organic industry by supporting Senate Agriculture Committee chairman Pat Roberts' bill (a version of the so-called DARK Act) to pre-empt states' rights to label GMOs and require the USDA to provide consumers with information describing the benefits of biotechnology.

They got their way, and the American people got voluntary "smart labels" in lieu of GMO labeling. In return, Roberts has become a strong supporter of the Coalition.

As noted by Dave Chapman of Long Wind Farm in an article discussing the Coalition for Sustainable Organics' Congressional testimony in June:3

Melody Meyer, a spokesperson for United Natural Foods and one of the leading hydro lobbyists, has described the hydro battle as a conflict between two parts of the organic community: The Trade and the Movement. This is not an accurate description because the Coalition for Sustainable [Organics] has never been a part of the organic community …

There has been talk of creating a new label within the USDA for 'Certified Hydroponic Organic.' I would suggest a better label: 'USDA Certified Fauxganic.' The new Fauxganic label could also include the CAFO dairies, the CAFO eggs, CAFO meat and the magically transformed conventional grain that has flooded the organic market in recent years. At last, there will be a proper label to clarify so much of what is currently confusing and dismaying the eaters of America.

Fauxganic producers can be recognized by their common belief that healthy soil is irrelevant … [Coalition for Sustainable Organics] spokesperson Theo Crisantes ... claimed there was too much public debate. Decisions need to be made behind closed doors by a few power brokers. It was perfect symbolism that his first Congressional testimony to a House subcommittee was also behind closed doors."

Can Hydroponics Be Organic?

As mentioned, hydroponics does not qualify for the organic designation for the simple fact that organics must improve soil quality, and hydroponics grow plants in a liquid medium without soil. Yet hydroponic operators have been certified organic by USDA accredited certification agencies,4,5,6 and the hydroponics industry wants the organic certification to be open game to the industry at large.

But there's yet another problem. Hydroponics also use chemicals, which organic producers are barred from using. Worse, commercial hydroponic growers will rarely reveal the fertilizers they use. According to Chapman:

"When I served on the USDA Hydroponic Task Force, we were unable to get a single hydroponic member of the task force to share exactly what they used to fertilize their crop. We were told it was a secret.

These are efficiently run organizations that do what they do well, but they have no business selling their products as organic unless they are willing to profoundly change how they farm. And so far they are not willing to do that. They are only interested in using the USDA label for the price premium."

Are Hydroponic Veggies on Par With Organic?

Many consumers, prompted by the media, Silicon Valley and futurists, mistakenly believe that hydroponically grown veggies are on par with organic, or at the very least, that they're better for your health and the environment than conventionally grown vegetables. Alas, while growing food indoors does reduce the need for pesticides, it does not automatically mean hydroponic vegetables are pesticide-free.7,8

As noted in a previous Civil Eats article,9 organic farming, with its emphasis on improving soil quality, is "a 'plant positive' rather than 'pest negative' philosophy, focused on growing vigorous, healthy plants and animals imbued with all their natural powers of resistance." Indeed, this is precisely what the NOSB stressed in its formal 2010 recommendation to the NOP on the issue of organic hydroponics:10

These microscopic organisms, found in abundance in well maintained soils, interact in a symbiotic manner with plant roots, producing the effect of strengthening the plant to be able to better resist or avoid insect, disease and nematode attack, as well as assisting the plant in water and mineral uptake.

The abundance of such organisms in healthy, organically maintained soils form a biological network, an amazing and diverse ecology that is 'the secret,' the foundation of the success of organic farming accomplished without the need for synthetic insecticides, nematicides, fumigants, etc.

In practice, the organic farmer is not just a tiller of the soil, but a steward of the soil ecology … Observing the framework of organic farming … it becomes clear that systems of crop production that eliminate soil from the system, such as hydroponics or aeroponics, cannot be considered as examples of accept able organic farming practices."

As for nutritional value, hydroponics tends to be on par with, and frequently lower than, conventionally grown produce. According to one study,11 hydroponically grown vegetables had lower levels of carotenoids such as beta-carotene and lutein than conventional vegetables. They might make sense if you were on a mission to Mars, but if you live on earth, this is the last type of food you want to eat.

Hydroponics also present unique food safety issues. Since they're grown in a high-humidity environment, they can be more susceptible to pathogenic bacteria such as Salmonella. On the upside, hydroponic growers tend to produce higher yields compared to comparable greenhouse operations using soil.12

Will NOSB Reverse Stance on Hydroponics?

Seven years ago, the NOSB laid out a clear and compelling case for what organic farming entails, and hydroponics does not fit the bill. We don't need to get rid of hydroponics. It has its place. But to rewrite the rules to offer organic certifications to soilless growing methods is to turn back the clock and push organics back several steps.

Last year, biodynamic farming in the U.S. increased by 16 percent, adding nearly 21,800 acres to its fold.13 Biodynamic farming is both organic and regenerative — and then some. While an organic farmer can section off as little as 10 percent of the farm for the growing of certified organic goods, in order to be certified as a biodynamic farmer, your entire farm must be biodynamic.

Biodynamic certification also requires 10 percent of the land be dedicated to increasing biodiversity, such as forest, wetland or insectary. To evaluate the impact of biodynamic methods on soil quality, Demeter USA, a nonprofit certifier of biodynamic goods, has started collecting topsoil samples from participating farms. Eventually, this will tell us just how quickly soil quality can be improved using biodynamic methods.

Miracle-Gro and Monsanto Are in Favor of Hydroponics

Getting back to the issue of pesticides and chemicals for a moment, if current news is any indication, it may not be long before hydroponic produce becomes as prone to chemical contamination as conventional produce.

As reported by The Cannabist, Scotts Miracle-Gro — which has a long-standing partnership with Monsanto to market and distribute Roundup14,15 — has quietly invested half a billion dollars into a wholly owned subsidiary named the Hawthorne Gardening Co. with the aim of capturing the hydroponic business, starting with marijuana growers.16

It's goal, according to Scotts CEO Jim Hagedorn, is17 "To become the best supplier of hydroponic growing products in the world to both the consumer and professional markets." For the nine months of 2017, Hawthorne sales grew by 160 percent. In 2016, the company grew 300 percent. These sales spikes are largely due to the acquisitions of Gavita, which sells grow lights, and two nutrient manufacturers, Botanicare and General Hydroponics.

Research shows healthy "living" soils make for food with better nutrient content. And by "living," I mean soils that are teeming with microorganisms such as bacteria, fungi, protozoa and microscopic roundworms called nematodes. Far from being scourges to be avoided at all costs, microorganisms are an essential component of life.

We now understand that it is the cooperation between these microorganisms, the soil's biome and the plants' roots, called rhizosphere, that is ultimately responsible for allowing the plant to absorb nutrients from the soil in which it's grown. Insects and weeds also have their place in this circle of life. Insects are nature's garbage collectors. Thanks to their specialized digestive systems, they remove that which is not fit for us to eat, things we cannot digest.

And weeds are nature's way of evolving the soil — it's an intermediate plant that mobilizes nutrients in order to alter the soil, making it more suitable for the next evolutionary level of plants to grow in it. Many don't realize that in a healthy ecosystem, well over 95 percent of the insects are beneficial and don't harm you or the plant.

Once you understand this natural cycle, it allows you to address food quality, weeds, insects and plant disease at its point of origin, without ever resorting to chemical herbicides, pesticides, fungicides, synthetic fertilizers or genetic engineering. As explained by Agri-Dynamics founder Jerry Brunetti, whom I interviewed in 2013, the root ball of the plant is the "gut" or intestinal tract of the plant. It houses microbes just like the human gut does, provided the soil system is healthy.

Soil health then connects to everything up the food chain, from plant and insect health, all the way up to animal- and human health. Health, therefore, truly begins in the soils in which our food is grown. As I said earlier, hydroponics has its place, but the fact that we're even discussing organic certification for hydroponics means we've lost sight of what organics is all about. As noted by Chapman, following the NOSB meeting18 in April:19

"When I first began discussing this flaw in the standards with the Organic Trade Association … they told me they supported a quick resolution to exclude hydroponics. That was before they realized that one of their biggest clients, Driscoll's, was also the biggest hydro 'organic' producer in the world … But this issue has already been debated on and off in the [NOP] for the last nine years …

There is a storm building, and the outcome is likely to be a train wreck causing terrible damage to the USDA organic label. It seems unlikely that the USDA will throw out hundreds of millions of dollars in sales of pseudo-organic, and it is impossible that the growing opposition will just go away. This is a battle for the soul of organic. The outcome seems to be a divorce or a civil war." 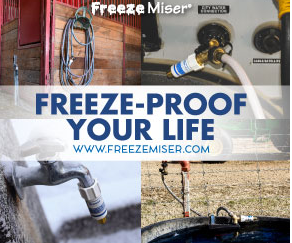