On May 29, 2003, the Mount Sinai School of Medicine in New York hosted an important conference on early-life environmental origins of late-life neurodegenerative disorders, including Parkinson's and Alzheimer's disease. Presided over by the redoubtable Philip Landrigan, M.D. -- a National Academy of Sciences physician who has advised the White House on matters ranging from lead poisoning in children to Gulf War Syndrome - this gathering drew together leading researchers from around the nation. Among the presenters were neurologists, physicists, toxicologists, pediatricians, epidemiologists, obstetricians, and geneticists.[1]

In Rachel's #776, we examined the conceptual rationale for approaching late-life dementias from an environmental vantage point, which was the focus of several of the conference presentations. This week we examine the evidence itself. But first, let's look more closely at the Barker Hypothesis, which is emerging as an important paradigm of disease causation.

In a series of studies, British epidemiologist David Barker has revealed the ways in which stresses encountered in early life can predispose an individual to the development of certain disease in elder life. He did so by painstakingly reconstructing the medical histories of 16,000 individuals, from birth through old age. What he found was an impressive connection between birth weight and subsequent risk of heart disease, stroke, and diabetes. The smaller the body at birth, the larger the risk of these disorders in late life. He further determined that grossly inadequate nutrition during pregnancy, rather than premature birth, was the source of the developmental stress that raises the risk of subsequent disease.

Barker has also elucidated the anatomical and physiological mechanisms by which disease susceptibility is created. For example, undernourished fetuses increase blood flow to the brain and decrease blood flow through the descending aorta. This diversion spares the developing brain from damage when calories and nutrients are in short supply. If fetal blood is thus directed at the time when elastin deposition takes place, the baby will be born with less pliable blood vessels. (The protein elastin makes artery walls stretchy.) In addition, the rerouting of blood away from the trunk and toward the brain causes the ventricles of the heart to grow larger than they otherwise would. And it causes the resting pulse rate to be set higher than it otherwise would. High resting pulse rate, enlarged ventricles, and less-elastic arteries are all risk factors for high blood pressure and stroke in late life.[2]

Thus, the Barker Hypothesis posits that human fetuses, quite apart from their genetic inheritance, are "programmed" by the early environments in which they find themselves in ways that can predict risk for late-onset diseases.

For some organ systems, this period of environmental programming extends well into childhood. Consider sweat glands. As is well known, the human ability to adapt to warm climates is a widely variable trait. Some like it hot. And some like it cold. Studies show that differences in heat tolerance among individuals is related to the number of functioning sweat glands they possess. No surprise there. People with more sweat glands cool down faster. However, genes do not account for this variability: at birth, all humans have similar numbers of sweat glands, and none of them work. During the first three years of life, a proportion of these glands become activated. As documented by Japanese physiologists, their recruitment depends on the temperature to which the child is exposed. The hotter the climate, the greater the number of sweat glands that become functional. After three years, the programming is fixed, and no further alterations in ambient temperature affect the number of functional sweat glands that individuals carry with them for the rest of their lives.[2]

What does the Barker Hypothesis predict about late-life neurodegenerative disorders, such as Parkinson's Disease and Alzheimer's? This question, which conference participants took up in earnest, is difficult to answer. Schizophrenia, a psychiatric disease of young adulthood, almost certainly has roots in the environment of fetal life.[3] By contrast, Parkinson's and Alzheimer's cannot even be diagnosed definitively unless an autopsy is performed after death. And some forms of dementia are not yet uniformly classified as distinct disease entities. Dementia with Lewy bodies, for example, is the second most frequent type of dementia after Alzheimer's. It is characterized by frequent delusions and hallucinations.[4]) And yet in spite of its prevalence, clinicians do not agree on its diagnostic criteria. Lewy-body dementia is considered by some clinicians as a variant of Parkinson's Disease, by others as a form of Alzheimer's, and by some as a unique disease entity. These kinds of uncertainties in ascertainment frustrate epidemiological investigations of the kind practiced by Barker. (Dementia with Lewy bodies is the tentative diagnosis given to my own father.)

Nevertheless, an emerging body of evidence suggests that environmental exposures, in the form of toxic chemicals, can cause or at least increase the risk of late-life neurodegenerative diseases. Let's look at Parkinson's Disease first.[5] Neurologically speaking, Parkinson's Disease is the opposite of schizophrenia.[6] In schizophrenia, psychiatric problems are created by an oversupply of a brain chemical called dopamine. In Parkinson's, the problem is lack of dopamine. The reason for the deficit is the premature death of dopamine-producing nerve cells in a part of the brain called the substantia nigra. Because dopamine is a chemical messenger that helps coordinate muscular activity, physical symptoms of Parkinson's Disease include tremor, rigidity, slow movement, and a shuffling, stooped-over gait. (The uncontrolled writhing seen in Parkinson's patients is a side effect of the medications used to treat the disease.) Other hallmark symptoms include small handwriting and low volume of speech. Age of onset is usually between 50 and 70 years.

In one-third of patients, for reasons not known, the disease progresses to include dementia. Like Lewy-body dementia, which Parkinson's dementia closely resembles, early symptoms include hallucinations and delusions. And, curiously enough, these often involve very particular themes. Among Parkinson's patients, spousal infidelity is the most common delusion, and visions of people or animals intruding into one's house a common hallucination.[6] (My father suffers from both of  these.)

Here is what we know so far about the environmental links to Parkinson's, as presented at the Mount Sinai conference. First, the disease was originally identified in 1817, at the beginning of the industrial revolution. There is no mention of "shaking palsy" in ancient medical writings.[7] Second, severe Parkinson's-like symptoms have been triggered in people who took recreational drugs contaminated by a neurotoxic chemical called MPTP. This chemical has been proven to produce Parkinson's in both humans and animals.[7] Third, occupational studies show that the metal manganese accumulates in the brain of exposed workers where it produces symptoms similar to Parkinson's.

Fourth, there appear to be links with pesticides. Rural living, drinking well water, and being employed in farming are all recognized risk factors for the disease.[8] Some studies show that exposure to the herbicide paraquat is, all by itself, a risk factor for Parkinson's. It is known to target the dopamine-producing structures of the brain. While experimental evidence for this is equivocal, toxicologist Deborah Cory-Slechta of the University of Rochester, has demonstrated that combined exposures to paraquat and the fungicide maneb can create synergistic effects in laboratory animals. These findings are important because paraquat and maneb are often used in the same places.[9]

Now to Alzheimer's. If Parkinson's is the opposite of schizophrenia, Alzheimer's is the opposite of cancer. Cancer is runaway cell growth. Alzheimer's is runaway cell death.[10] Primarily affected are neurons in the cortex of the brain, which is the center for higher thought. This cascade of cell death can eventually spread out to include almost every cortical region except the primary visual cortex. Nevertheless, Alzheimer's always originates in the same place: the hippocampus, which is the seat of memory. Thus, Alzheimer's invariably begins as an isolated memory problem and then expands to affect language, judgment, personality, and behavior. No one knows exactly what causes the cortical neurons to die. Affected cells show two pathologies: they extrude plaque on the outside, and they develop tangled fibers on the inside. Which symptom is the more important one for disease progression is a matter of heated debate within the neurological community.[10]

The evidence for an environmental link to Alzheimer's is more sketchy than for Parkinson's, but it points to some of the same culprits. Alzheimer's has been associated with exposures to glues, fertilizers, and pesticides, particularly the now-banned organochlorine pesticide dieldrin. It has a higher prevalence in rural environments than urban settings.[11] A recent French study found links between risk of Alzheimer's and occupational exposures to pesticides among men -- but not women.[12] By contrast, a recent Canadian study found no risk of Alzheimer's with exposure to pesticides.[13]

For all of us who dearly love someone lost in the white-water rapids of a late-life dementia, the recent findings reviewed at this conference are hardly satisfying. But they do mark the beginning of a fresh new approach to a terrible scourge. We cannot change our genes. But we can change our environment. And in this, there is hope.

*Sandra Steingraber, Ph.D., is a biologist and author (see Rachel's #565). She is currently a Distinguished Visiting Scholar in the Interdisciplinary Studies Program at Ithaca College in Ithaca, New York.

Unless otherwise noted, all citations refer to presentations made at the Mt. Sinai School of Medicine conference, "Early Environmental Origins of Neurodegenerative Disease in Later

Life: Research and Risk Assessment" (New York Academy of Medicine, May 16, 2003). Conference proceedings are currently in preparation for publication.

[1] A description of the conference, along with a complete list of presenters, can be found at the web site of the Mt. Sinai Center for Children's Health and the Environment: http://www.childenvironment.org/conferences.htm.

Disease: Remembering to Recognize and Treat It," presentation at the Ithaca College Gerontology Institute conference, "Meeting the Challenge of Dementia," May 29, 2003.

[11] Alan Lockwood, University of Buffalo, "The Epidemiology of Neurodegenerative Disease." 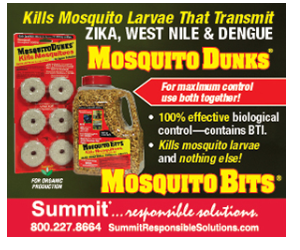