Cowpea plants can indirectly perceive attack from fall armyworms by detecting and responding to degradation products of their own tissues—the first time this ability has been observed in plants, according to Agricultural Research Service (ARS) scientists in Gainesville, Fla. The scientists hope to capitalize on this discovery by finding a way to intensify this defense response, thus boosting a plant's ability to protect itself.

Previous studies have shown that plants have the ability to indirectly perceive pathogen attacks and protect themselves against these microbes. But this is the first time such a plant defense mechanism has been seen in response to insect attacks. The findings are reported in the June issue of Plant Physiology.

The indirect perception of insects means the plant doesn't recognize the pests directly. Instead, the plant perceives abnormal digestive protein fragments of itself—produced by insect digestion—as an insect attack. This begins a series of biochemical responses geared to preventing further injury.

Armyworms are a group of related caterpillars that defoliate a wide range of crop plants. Plant physiologist Eric Schmelz and colleagues at the ARS Center for Medical, Agricultural and Veterinary Entomology's Chemical Research Unit isolated and identified a small peptide, called inceptin, from the oral secretions of fall armyworm (Spodoptera frugiperda) larvae.

In cowpea plants (Vigna unguiculata)—also known as blackeyed peas—this peptide triggers the production of ethylene and a series of other defense-related phytohormones. In lab studies, only fall armyworm larvae that produced inceptins significantly induced cowpea defenses.

Plants can perceive and defensively respond to attack either directly, by impeding pest growth, or indirectly, by promoting advantageous interactions with beneficial organisms.

In 2005, the United States produced almost 23,000 tons of cowpeas. Worldwide, cowpeas rank among the top five food fiber crops because they can tolerate poor, dry soils. 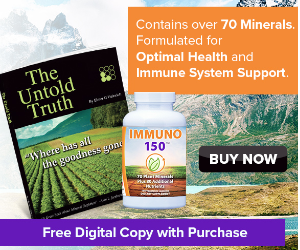