Background: Previous studies have demonstrated that Aged Garlic Extract (AGE) reduces multiple cardiovascular risk factors. However, no study of sufficient power has evaluated the ability of AGE to inhibit vascular calcification, a marker of plaque formation in human coronary arteries. We sought to evaluate the ability of AGE to inhibit vascular calcification, a marker of plaque formation in human coronary arteries, and affect blood pressure. In doing so, we analyzed AGE’s efficacy on changing the rate of atherosclerosis progression as compared to placebo. Methods: 4 placebo-controlled, double-blind, randomized studies were pooled to determine how blood pressure would change under the influence of AGE as compared to placebo. 210 patients were enrolled, and 161 completed the study protocol. AGE 1000 mg or the equivalent amount of placebo was given to subjects. Duration of all respective studies was 1 year. All participants underwent blood pressure checks at baseline and at 12 months. 2-sample median tests were used to compare medians of CAC progression and absolute blood pressure reduction between the garlic- and placebo-treated groups. Results: At 1 year, median CAC progression was significantly lower in the AGE group (10.8, 95% 0.0-30.7, n = 106) than the placebo group (18.3, 95% 3.1-34.0, n= 103; p= 0.0385). There were no significant differences in individual cholesterol parameters or C Reactive Protein levels between the groups. Further, after adjustment for age and gender, AGE was associated with a 1.78 fold (95% 0.320-0.990, P = 0.046) lack of CAC progression compared with placebo. The mean change in diastolic blood pressure (DBP) for the AGE group (n = 65) was -6.7 (-15.4-2) over 1 year. The placebo group (n = 103) demonstrated an average decrease in DBP of -3.0 (-11.7-5.7), significantly less than the treated cohort (P = 0.038). Conclusion: This pooled study indicates the ability of AGE to decrease diastolic blood pressure and inhibit the rate of progression of coronary artery calcification, as compared to placebo, over 1 year. Based on this study, garlic may prove useful for patients who are at high risk of future cardiovascular events. 3/15/15 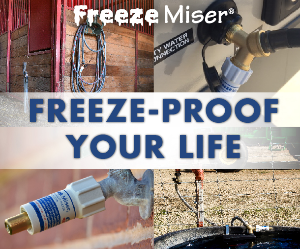