The general public will soon benefit from a settled class-action suit: Bayer is forced to change Roundup labels to reflect danger to humans and animals.

In 2018 the German company Bayer purchased the Monsanto Company, and with the deal came thousands of Roundup-related lawsuits. Bayer has struggled to contain the number of lawsuits and amount of settlements, with several trails going against them while they continued to win others. Making the case that Glyphosate causes cancer is difficult and doesn't always win in court, but over time the number of cases and the amount of pressure against Bayer have resulted in billions of dollars set aside to cover and constrain the damage of future lawsuits.

As part of [one] deal, Bayer said it has set aside between $8.8 billion and $9.6 billion to settle claims brought by lawyers representing some 95,000 plaintiffs, as well as some 30,000 more claims that haven’t yet agreed to the settlement. The company said it would set aside another $1.25 billion to work toward a resolution of future claims, including funding a panel to evaluate whether the product causes cancer. The findings from that panel are geared to help shape the outcome of litigation going forward. . . . That Bayer's Roundup products will continue to be sold, without a cancer warning label, leaves the company exposed to future lawsuits. It creates a unique legal conundrum for the company over how best to guard itself against potential future litigation.

This changed in March 2020, when Monsanto "settled claims in a proposed class action alleging that it falsely advertised that the active ingredient in Roundup Weed & Grass Killer only affects plants with a $39.5 million deal that includes changing the labels on its products, reported on the Law360 site.

From the small law journal Sustainable Pulse on March 20, 2020:

The proposed class, led by named plaintiff Lisa Jones, asked a Missouri federal court on Monday to approve the deal, saying the fund, none of which will revert to Monsanto if money is left over, represents a fair settlement that will benefit not only the plaintiffs in this case, but also the general public by changing the products' labels.

In the February 2019 suit, Jones says Monsanto falsely claimed through its labeling that glyphosate, the active ingredient in Roundup, targets an enzyme that is only found in plants and would therefore not affect people or pets. According to the suit, that enzyme is in fact found in people and pets and is critical to maintaining the immune system, digestion and brain function.

According to Monday's motion, the litigation in other cases against Monsanto over Roundup — including Blitz v. Monsanto in Wisconsin federal court — contributed to the settlement, as discovery conducted in Blitz was applied to this case.

The plaintiffs in Blitz made similar claims against Monsanto in June 2017. After their class certification was denied in January 2019, named plaintiff Thomas Blitz opted to continue his action individually. He filed a stipulation of voluntary dismissal in his case on Monday, according to court documents.

The proposed class in Jones' case seeks to represent all people in the U.S. who bought Roundup that included the claim that glyphosate targets only plants within the applicable statutes of limitations for false advertising or breach of warranty in their states.

Of the $39.5 million settlement fund, up to $1.3 million will go to administrating the settlement, and Monsanto has agreed not to contest attorney fees of up to 25% of the amount available to the class.

In a follow-up article on September 22, 2021, Sustainable Pulse reported that the law firm of "Baum Hedlund Aristei & Goldman class action attorneys announced Tuesday the resolution of the Monsanto class action litigation concerning the misleading label for the company’s Roundup weedkiller."

The class had alleged that Monsanto engaged in illegal marketing, distribution, promotion and sale of certain Roundup weedkiller products because a statement on some product labels that glyphosate, a key Roundup ingredient, “targets an enzyme found in plants but not in people or pets,” is false and misleading.

The allegations in Lisa Jones et al. v. Monsanto Company (Case No. 19-0102-CV-W-BP) go back to 2015 when several class action lawsuits were filed against Monsanto concerning the Roundup label.

Baum Hedlund had filed one such lawsuit in 2017 on behalf of six consumers in the Western District of Wisconsin. Blitz v. Monsanto Company (Case No. 3:17-cv-00473) was dismissed after substantial discovery and pretrial motions, though many of the substantive allegations in that case remained in the Jones complaint.

Notably, the settlement agreement also required Monsanto (Bayer) to remove the false and misleading statement from the Roundup product label.

Bloomberg Law reported on May 14, 2021 that the $39.5 million nationwide Roundup class settlement won final approval by a federal court in Missouri. 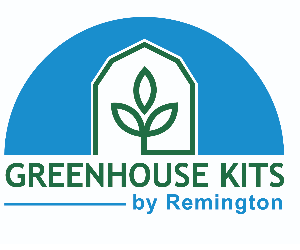