Fertilizing with inorganic nitrogen and phosphorus definitely improves crop yields, but does it also improve the soil?

The latest study to tackle this question has yielded mixed results. While 50 years of inorganic fertilization did increase soil organic carbon stocks in a long-term experiment in western Kansas, the practice seemingly failed to enhance soil aggregate stability—a key indicator of soil structural quality that helps dictate how water moves through soil and soil’s resistance to erosion. 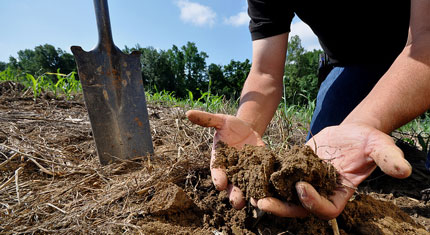 The results of the research, which was carried out in continuous corn that was also irrigated and conventionally tilled, were somewhat surprising to lead author Humberto Blanco, a University of Nebraska-Lincoln soil physicist. The findings appear in the May-June issue of the Journal of Environmental Quality.

He cautions, however, that more research is needed over a wider range of management and climatic conditions, particularly since studies of fertilizers’ impacts on soil structural properties, such as aggregate stability, are currently few.

“Definitely the effects of inorganic fertilizer application on soil properties will depend on tillage and cropping systems,” Blanco says. “So we need to look at this in other long-term experiments.”

In the present study, he and co-author Alan Schlegel studied a randomized and replicated experiment that was set up in 1961 at Kansas State University’s Southwest Research-Extension Center in Tribune. The experimental plots of irrigated and tilled (disk/chisel) continuous corn have received six different rates of ammonium nitrate fertilizer (range 0 to 200 pounds/acre) for 50 years. The plots also received two rates of triple superphosphate fertilizer (0 and 18 pounds/acre) for 50 years, and a higher phosphorus rate (36 lb/acre) for 19 years.

Growing corn continuously under conventional tillage and with high inputs of water and fertilizer may seem outmoded, but this management system is “not uncommon,” as demand for corn grain and crop residues grow, Blanco says.

Blanco can’t say for certain why this occurred, but he has some hypotheses. Some studies suggest that adding fertilizers rich in ammonium ions may cause soil particles to disperse rather than aggregate, thereby offsetting any positive effects of increased soil organic carbon content. Because tillage periodically disturbs the soil, it may also negate any benefits of fertilization.

Blanco is now testing these hypotheses in three additional long-term experiments in Nebraska that encompass a wider range of tillage practices and cropping systems. The effects of nitrogen and phosphorus fertilizers on crop yields are well-researched, of course. Likewise, reduced tillage, cover crops, intensified cropping systems, and other conservation practices are known to build the soil long-term. Blanco now wants to see the two come together. 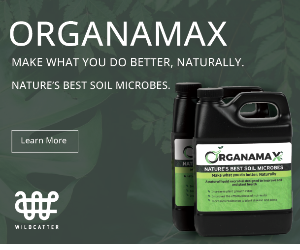