Pesticides Found In Most Rivers, Streams

Pesticides Found In Most Rivers, Streams

WASHINGTON (AP) -- Pesticides linked to cancer, birth defects and neurological disorders contaminate almost all of the nation's rivers and streams and most fish found in them, but seldom at concentrations likely to affect people, government scientists said Friday.

Though the pesticides were less common in ground water, the U.S. Geological Survey's study of data between 1992 and 2001 found them present in streams in both urban and agricultural areas at concentrations that could affect aquatic life or fish-eating wildlife.

Robert Hirsch, the USGS associate director for water, said that “while the use of pesticides has resulted in a wide range of benefits to control weeds, insects, and other pests, including increased food production and reduction of insect-borne disease, their use also raises questions about possible effects on the environment, including water quality.''

About 40 pesticides of 100 that were studied accounted for most of the findings in water, fish and sediment. Three herbicides used mainly on farms, atrazine, metolachlor, and cyanazine, were the most frequently detected in agricultural streams. Three herbicides used commonly in cities, simazine, prometon, and tebuthiuron, showed up more often in urban streams.

The pesticides also showed up more than 90 percent of the time in the fish tissue found in agricultural, urban and mixed land-use areas.

At least one pesticide was detected in water from all the streams studied. Pesticide compounds were found at nearly all times of the year in about 19 of every 20 streams with agricultural, urban or mixed land-use watersheds, the agency said. The most frequent occurrence was in shallow ground water beneath agricultural and urban areas, where more than half the wells contained one or more pesticide compounds.

Jay Feldman, executive director of Beyond Pesticides, a national research and advocacy group, said the data surrounding the nation's reliance on about 1 billion pounds of pesticides a year “shows an urgent need to strengthen policies at all levels of government and curtail pesticide use.''

The USGS report is based on an analysis of data from 51 major river basins and aquifer systems nationally, and a study of an aquifer system that runs through eight states from South Dakota to Texas, east of the Rocky Mountains.

It found that concentrations of individual pesticides nearly always complied with Environmental Protection Agency drinking-water standards, though no water samples from streams were taken at drinking-water intakes.

EPA also is responsible for reviewing pesticides, based on pesticide-makers' tests that can cost tens of millions of dollars. It typically takes up to a decade to study each one before it can reach the marketplace, according to industry figures.

But simply detecting the presence of a pesticide does not always mean there is reason for concern, said Jay Vroom, president of CropLife America, which represents pesticide developers and manufacturers. He emphasized that the use of pesticides by farmers, ranchers and others is strictly regulated by federal and state laws.

“Water quality is of paramount importance to us,'' he said. “And the USGS report correctly recognizes that the large majority of pesticide detections in streams and groundwater were trace amounts, far below scientifically based minimum levels set for protecting human health and the environment.'' 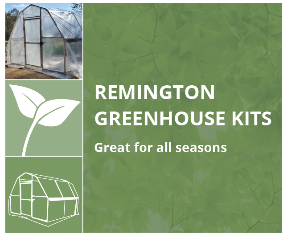